እይታዎች: 131
የማዘመን ጊዜ-2021-10-29 14:34:25
አዲሱ 2018 Jeep Wrangler will make its debut at the Los Angeles Motor Show. As main novelties of the new Jeep SUV, they emphasize that it has lost weight and that it offers new engine options. The Jeep Wrangler is not exactly a model that changes every little bit. In fact, Ralph Gilles, Head of Design at Fiat Chry-sler Automobiles, joked about it: "Redesigning the Wrangler is like Halley's Comet: just once every many years."

Thus, the presentation of the new Jeep Wrangler in Los Angeles will be quite an event. And the brand's engineers know it, so, in anticipation, they promise more power, more performance and more off-road capabilities. The only thing that is less, in this case, is the weight.

And is that the Jeep Wrangler has 'lost' a total of 90 kg with respect to its predecessor. Nearly half of this figure comes from improvements made to the design, which uses more high-durability steel than ever before. Thanks to this, the new 2018 Jeep Wrangler is also a stiffer car. The other half of the weight lost is due to the use of aluminum as a material in many of the panels: in the doors, the roof, the windshield frame ... 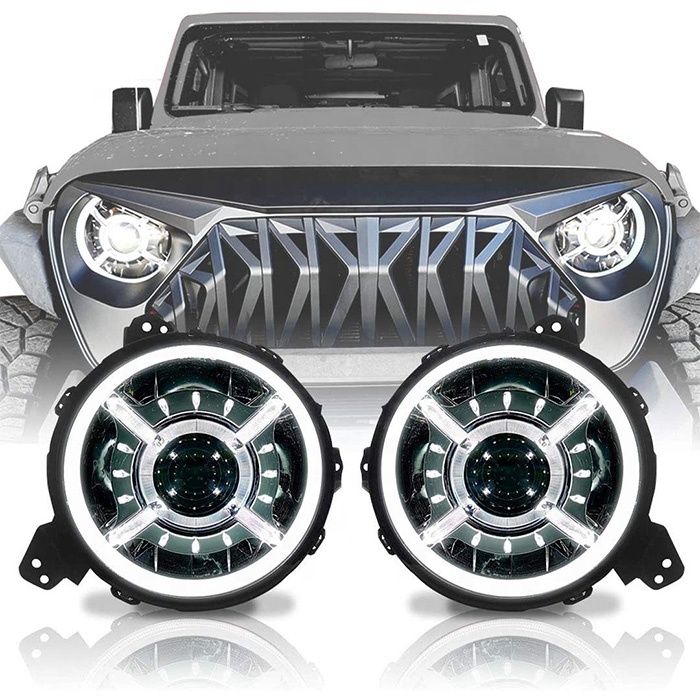 The structural changes are also intended to make the 2018 Wrangler successfully pass rigorous US safety tests. The current two-door Wrangler did not get the best results in any test (the four-door, on the other hand, did).

Regarding the design, the new Wrangler 2018 follows the lines of its predecessor, although it incorporates several changes; on the front grille, the lights, the front bumper, the daytime running lights ... You will prefer to upgrade 2018 Jeep Wrangler jl led headlights when you visit the exhibition. One of the great novelties is the improved visibility it now offers, given that the new windshield is 1.5 inches larger. The rear window is also larger.

አዲሱ Jeep Wrangler will be offered in three different variants: one, with a hardtop (whose panels are lighter and easier to remove). Another, a convertible with a renewed design. And finally, a soft top version.